New Year Updates
Some updates to kick off 2020!

First, special thanks to MobyGames contributor hoeksmas, who added hundreds of lesser known Apple II games and screenshots to the database! Helping make MobyGames the most accurate and complete collection of games published for the Apple II.

Submitted by MobyReed (89) on Jan 20, 20207 comments
MobyGames Stats - 2019 edition
As per tradition, I present to you the database visualization! Made possible by the MobyGames API. 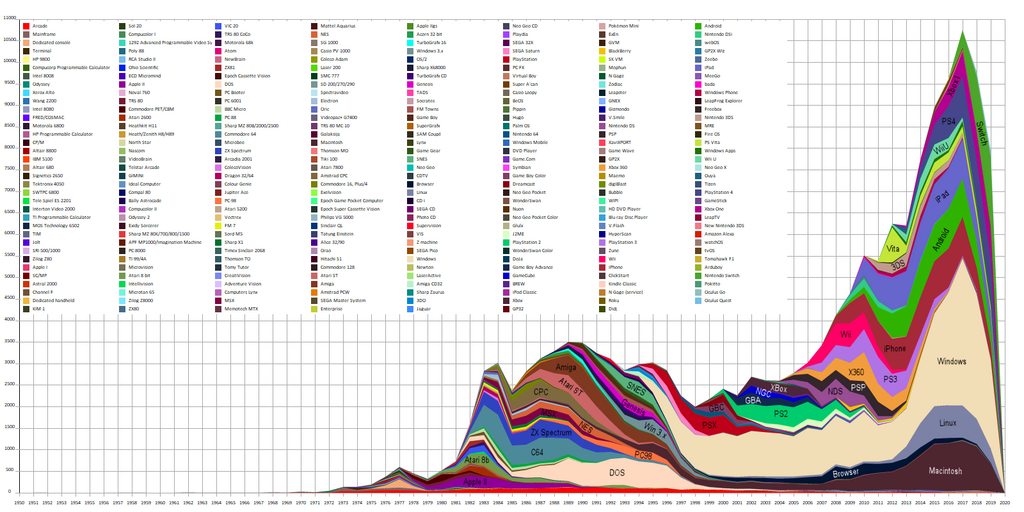 
[All data taken from MobyGames. Of course, the graph is only as complete as our database is. Come help us if you can!]
Submitted by vedder (63120) on Jan 12, 202010 comments
New Year's resolutions 2020
Happy new year! It's time to ask once again: what are your personal goals for 2020, MobyGames or gaming in general related? These are our resolutions from last year. What about this year? Let us know in the comments below.
Submitted by chirinea (47241) on Jan 01, 202011 comments