MobyGames Stats - 2020 edition
As per tradition, I present to you the database visualization! Made possible by the MobyGames API. 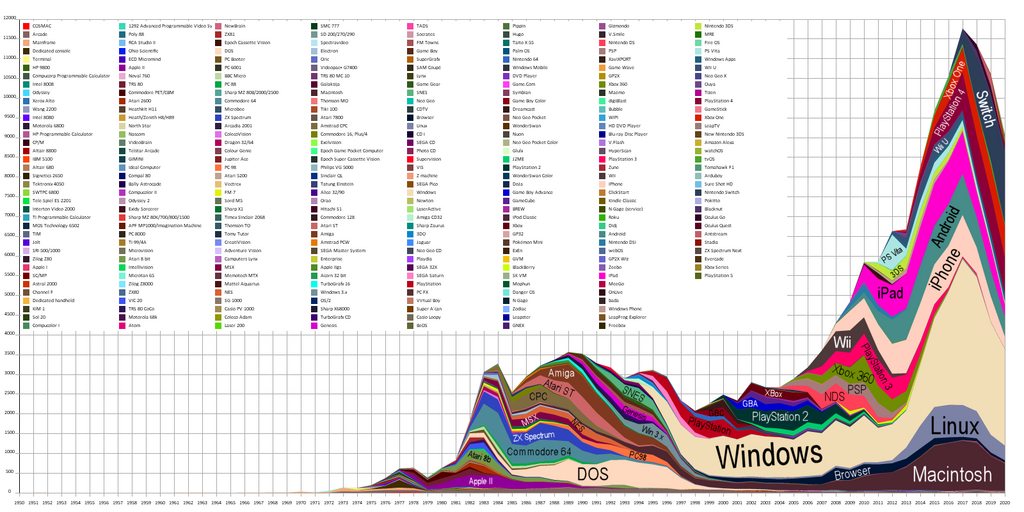 An explanation: each coloured shape in the graph represents a platform. The horizontal axis is time. The vertical axis represents the number of games released. So the height of a shape on a given point in time indicates the number of games released for that platform that year. The total height of the graph on a given point in time shows the total releases that year. The graph is meant to represent game releases and thus excludes DLC, Special Edition and Compilation items. It does include each game for each platform it was released on.
As usual we see a drop-off at the end, simply because we haven't been able to keep up with all the new game releases.
Feel free to point out interesting info in the graph and your contributions in the thread!


[All data taken from MobyGames. Of course, the graph is only as complete as our database is. Come help us if you can!]
Submitted by vedder (60364) on Jan 18, 202119 comments
New Year's resolutions 2021
Happy new year and new decade! It's time to ask once again: what are your personal goals for 2021, MobyGames or gaming in general related? I guess nobody expected last year to be as crazy as it was, so here's our resolutions from last year. What about this year? Let us know in the comments below.
Submitted by chirinea (47189) on Jan 02, 202111 comments